Signs of Getting Older #11: More road than rubber… 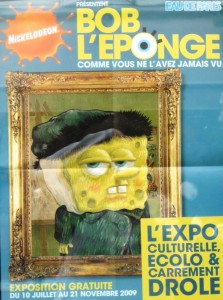 Patience seems to have a measured, finite life and, as the days go by I find myself weighing carefully what actions and, more importantly, what people are worth the cost of my dwindling patience. Maybe it’s because I’m in one of those moods where my life seems more rut than routine and no matter what I do even the most minor items on my daily to-do list go undone.  And it’s not just because I find it easier some days to sit and play flash games…This is one of those days where I can’t muster the commitment for Bouncing Balls, let alone Warzone Tower Defense.

I am listening to a woman being interviewed on the radio who actually says “you know” repeatedly for emphasis and punctuation. In plummy, polished, educated and, well, you 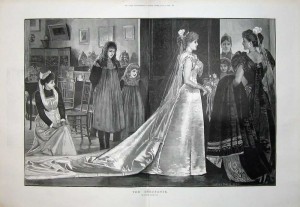 know, smug tones. The same voice Margaret Atwood uses. The same voice any actress puts on to portray a woman educated at those Ivy league colleges Princeton and Haaaarvaaaard graduates scout for a suitable mate. What’s the word I’m searching for? Pretentious…that’s it.

She is trying to tell us, the great unwashed audience,  how to cure depression. She did it, you know.  She lost her job as editor of a major magazine–basically she had the misfortune to be the last person sitting behind the big desk when the music stopped–and was, of course, devastated. But she pulled up her socks, put on her jammies and went out to start all over again and, you know, it cured her depression.

She mentions the jammies because, as we all know, you know, if you’re depressed you get into your jammies and simply fester for days on end, stewing in your dark, damp, fetid juices. 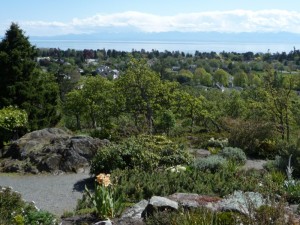 watching the gardeners work does so much for my mood...

Did she give into her depression? No. It may have laid her low but she found the cure by selling her old house and buying a new one somewhere else. With a new garden. Apparently the hardest part of this decision was to leave her old garden. Getting her hands back into the soil, new soil, you know, is what put her back in touch with the world.

Soil, apparently, has anti-depressant properties–seriously, it’s scientific and everything. And that is how she cured her, you know, depression. Yes, banished it from her life for good. Never looked back.

I’ll just add that one to the list of well meaning suggestions people feel they must bestow upon us gloomy petunias (because we would never think of it ourselves because we’re, well, you know, stubbornly glum and secretly enjoy being, you know, that way). So: pull up your socks, get out in the sunshine, go for a walk, plant some cheery flowers to pretty up the place and snort a handfull of mother earth. Now don’t you feel all better?

At least those suggestions are moderately beneficial and, ultimately, do no harm. It is better than the folk who go out of their way to warn against the evils of medications. It has taken centuries to banish the perception of depression as moral weakness. Now that 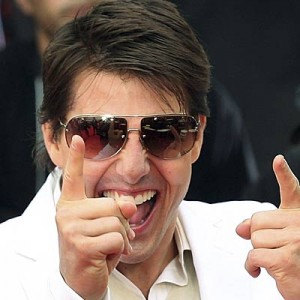 it recognized as an illness caused by a chemical imbalance, there is a whole new wave of well meaning druids exhorting the clinically depressed to throw away the pills, put on your happy pants and tin foil hats to fight the electromagnetic waves that are the true demons fighting for your soul.

It isn’t neurotransmitters, you know, that cause depression, it’s the fire and, ah, dirt humours out of balance.

Well pardon me, I just want to be a grumpy old lady for a few days, up my meds so I can poke a stick at this dog and maybe get on top of the ironing backlog. It’s been a long week, a long month: hell, it’s been a long life but it ain’t over yet. Just have to bear down, get on with it until the latest Placebo Family Medicine Show show rolls on out of town.

I've never met this lady but she rolls with style...

3 Responses to Signs of Getting Older #11: More road than rubber…