It was a big year for commemorative projects—the biggest year. Towns, cities and provinces across the country planned celebrations celebrate the birthday. The whole world 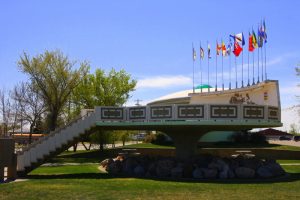 was invited. Most places built olympic style torches or flames and one small town with big ideas extended their invitation to residents beyond Terra Firma.

Planning started early: in the late ’50’s the dream spinning began. One of the most famous and monumental projects was Expo 67 in Montreal.

In the way of all things Drapeau, it was going to be big. Way big. Three islands were to be 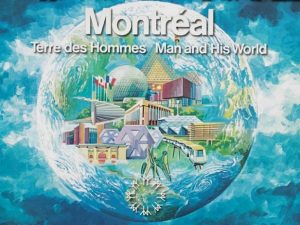 built up in the St. Lawrence river. This was a surprisingly  practical part of the scheme as most of the fill came from digging out a new subway system. There was also a considerable amount of pocketed dosh to major construction syndicates but *gallic shrug*, plus ça change, plus la même chose. C’est la prix of doing business in Montreal at the time.

What remains of Expo? Well, there’s a baseball team that is now named something else and plays in the states. There’s the first Bucky Ball which is just a steel frame now but its descendants are Legion.

The most ridiculed construction, Habitat, still spans the St. Lawrence horizon and still performs its intended function of housing people. It is one of the few “Worlds Fair” structures 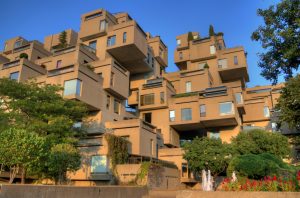 recognizable around the world and not a tower. Go ahead, I’ll wait while you run through the other famous left-overs to counter my assertion.

Points for remembering the giant Golf Ball from Expo 86. It isn’t a tower, but, on the other hand, it isn’t the same inside as when it started.

I remember it as a year of adventures and pride. Really. This was the beginnings of the quietly rabid nationalism that we take for granted now. Rabid by standards of that time.

It was a year of projects big and little, national and personal. Dad spent a sizeable portion of his precious teacher’s salary to secure 4 passports to Man and his World. That trip was our own cross country project. Mom had family in Ottawa she hadn’t seen for many years. Dad had never been to the village in Quebec his family settled in the 1600’s. 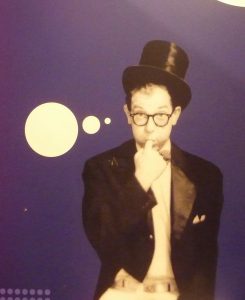 So, please hold on while I see what I can dig out of my tickle trunk…I don’t think the Expo 67 passports survived the years nor have the souvenir somberos. Some things are better left in the ground or landfill. But I do have some memories of that year and what I can’t remember I can fabricate. 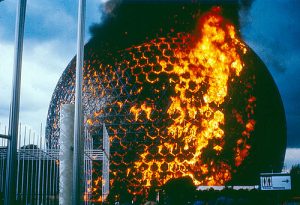