And now a word about vaccinations 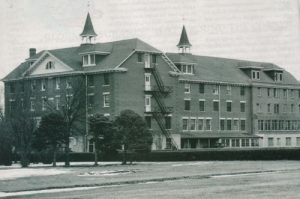 Autism wasn’t a thing when I was in school. Neither was ADD or Dyslexia or Power Rangers. Does that mean they didn’t exist? Well, except for Power Rangers, of course they did. If a child was severely challenged physically or mentally they went to special schools or were bunged away in hospital wards. Autism did exist but was diagnosed  at the far end of the spectrum, only differentiated from Childhood Schizophrenia by age of onset. Both were considered equally untreatable and placed in those special hospitals with minimal care and no future.

The one thing they knew for sure about autism was that, because there weren’t many, it wasn’t caused by vaccines.

Nope, we had to fall back on the tried and true cause of all the ills of society: bad mothers.

But that was then and this is now.

Now we are enlightened and understand so much more about diagnosing and treating impediments to learning like  ADHD and Dyslexia. We understand children may learn in different ways to the standardized school model and that even the most severely mentally challenged individual is still alert to the world around them. We see the person and not the ability or impediment.

Then along comes this new movement. The anti-vaccination movement is an emotional bomb. The is no reasoning with the people who have taken up this cause because of this emotional commitment. You are threatening their children. Because someone took their child in for a vaccination and within days that happy, healthy responsive child became autistic. 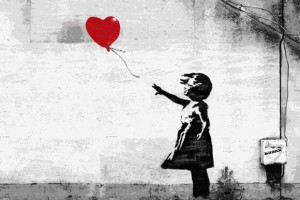 The need to place blame is irresistible. Especially to new mothers trying to sort out what is best for their baby. It is important to stress here they are not the ones responsible for this misguided campaign.

Instead, blame the people who have made a career out of promoting the idea a child develops autism because of receiving a vaccination. An idea that is wrong on so many levels, partly because it exploits this emotional vulnerability  but mostly because it is just a brand new way of  telling the mom it’s her fault.  Her child is like this because she listened to her doctor instead of experts like Jenny McCarthy, Bill Mahr. Jim Carrey and Robert Kennedy Jr. .

The trend over the past few years has been to back peddle somewhat on the anti-vaxxer rhetoric. The current cart and pony show theory is not that vaccines are unsafe but that we give too many shots to our children in too short a period of time. It overwhelms their little immune systems. Also, we’re seeing more things like ADD and asthma because our bodies aren’t being allowed to develop resistance naturally. A dose of measles is just the thing to whip a 5 year old’s immune system into shape. Maybe a touch of Typhus or good old fashioned Diphtheria?

Science and statistics don’t work like that. The simple truth is more people are being 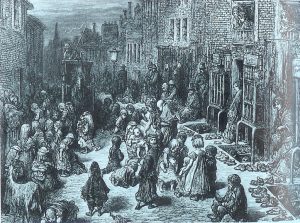 diagnosed with these illnesses because more people have access to doctors. And doctors are getting better at differentiating between a rambunctious lad and ADHD. I’m pretty sure there were people suffering from asthma and colitis in the St. Giles Rookeries of the 1800’s but no doctor ever saw them. Besides, if you weren’t killed in a mine accident, got sucked into a cotton gin or run over by a Hansom cab on its way to a ball, you could look forward to a short life filled with consumption, scabies and gin.

If someone were to start talking about race relations and the dangers in miscegenation you would quite rightly show that person the error of their ways while vigorously assisting them them down the stairs. 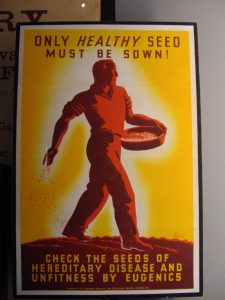 Phrenology, eugenics and miscegenation are all based on the same not-science as anti-vaccination. We don’t hesitate to tell a racist they’re racist. Why then hold back from enlightening someone who promotes exposing children and adults to illness, miscarriage, physical deformity and emotional scarring because they read a study somewhere by some guy that said the science isn’t really complete on this.

Ever since Dr. Lister first clapped eyes on a milk maid, there have been people claiming vaccinations are poison. The sad thing is, after all these years, the people promoting this nonsense can still gather an audience.

Healthy young child goes to doctor, gets pumped with massive shot of many vaccines, doesn’t feel good and changes – AUTISM. Many such cases!